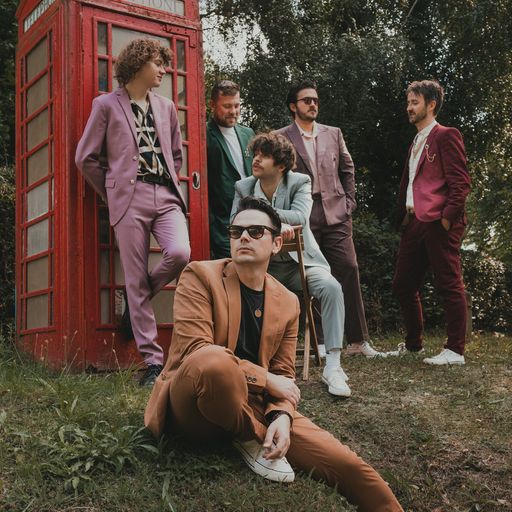 Welsh indie-roots band Rusty Shackle have been tearing up stages around the globe since 2010.

Brandishing their distinct folk-roots sound and armed with an electrifying mix of rampant fiddle, slick guitar and banjo hooks underpinned by tight pulsating drums and bass, the band have built up a devoted fanbase with their captivating feel good live shows.

“They really have understood what contemporary folk music is about and aimed it for the big stage.” – Fatea Showcase Sessions

Thier latest album “The Raven, The Thief and The Hangman” takes their music into brave new areas reimagining folk songs from around the word with brand new melodies and music. From the subtle to the sweet, the bombastic to the brooding, the haunting to the hallowed: the album is a fresh look at how stories can inspire music and blur the boundaries of folk music.

Rusty Shackle have toured extensively around the UK, Europe and USA and are mainstays on the festival circuit. They deliver excitement every time they step onstage and give everything they have to steal your heart with their music.

“… a wonderful album that would be very much appreciated by the legendary Robert Plant.” – Bob Harris, Radio 2

“They mine a vein of grubby, ball-waggling folk that Mumford & Sons would baulk at whilst supping champers” – live music scene

“Rusty Shackle come on like a punk Bellowhead or a poppier Pogues.” – A soundreaction

Book tickets
£16 / £15 for the 1st 20 tickets
Ticket and Cancellation policy
Copyright © 2022 Stage4Beverley. All rights reserved.
We use cookies on our website to give you the most relevant experience by remembering your preferences and repeat visits. By clicking “Accept All”, you consent to the use of ALL the cookies. However, you may visit "Cookie Settings" to provide a controlled consent.
Cookie SettingsAccept All
Manage consent