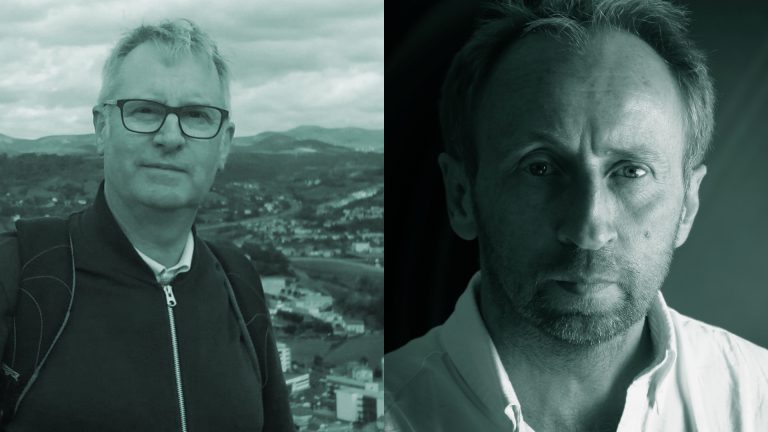 An inclusive, open session of poetry creative writing workshops by award-winning poets Clint Wastling and Julian F. Woodford. Places are limited; all poets will have the opportunity to read their work later in the festival at East Riding Theatre as a Stage4Beverley event, on Wednesday, February 16th at 5.30pm-6.15pm.

These fun supportive, focused poetry workshops are for all levels, novice and beginner to experienced, published poet. Sessions are themed around ideas of The North, and what that means emotionally, intellectually, politically today allowing poets and writers to develop new and existing work.

Poets who take part in the workshops on the Sunday will also have the opportunity to read any of their work, including pieces from the workshops, at East Riding Theatre on the following Weds, 5.30pm-6.15pm.

Julian F. Woodford is a Hull-based writer and film producer and founding director of the annual High Wolds Poetry Festival, held in September in the Yorkshire Wolds. His poetry has been in Cannon’s Mouth, Ink, Sweat and Tears and Poetry Nottingham, among others; he has received an Ontario Arts Council grant for his collection Houseblood, and published two poetry pamphlets, Made In Germany and the First 3 Months of ’83. His poetry film Clouds (2016) has in screened at many international festivals including in Paris and New York, and was a finalist at Versi di Luce in Italy.

To find out more about Cafe Velo visit them online at: www.facebook.com/cafvelo/

Book tickets
Tickets: £12.00
Ticket and Cancellation policy
Copyright © 2022 Stage4Beverley. All rights reserved.
We use cookies on our website to give you the most relevant experience by remembering your preferences and repeat visits. By clicking “Accept All”, you consent to the use of ALL the cookies. However, you may visit "Cookie Settings" to provide a controlled consent.
Cookie SettingsAccept All
Manage consent